Overwhelmed by the Shepherd ‘s Grace.

Rachel’s grandfather was a man of Faith.
Every morning, before he could begin his day, he would lift up his hands in Praise of God, every evening he would bow down to give Thanks. His Simplicity and Kind deeds were the two most important qualities that shaped Rachel’s personality as she was growing up.
At a tender age, she did not know much about faith or prayer but it was in her youth and in the absence of her grandfather, that she would cry out like a broken branch hanging upon the tree of memories.
At one such moment, beneath the sorrow and the tears, at that place deep inside her heart, she heard the voice. That faint yet familiar voice. Slowly, gradually, she wiped the tears.
Paid attention to that voice, sweet and sober.

This was one of her very first encounters with the Shepherd. As she heard his voice, her tears, pains, doubts and fears, all seemed to fade away and she experienced the reassurance of the Shepherd.
A certain sense of promise and protection gripped her.
In the midst of uncertainties and doubts, she began taking tiny steps of courage and faith and as she began walking with the thought of the Shepherd in her heart, a straight path emerged.
As a matter of fact, she did not even worry about the next moment. The next moment appeared miraculously even before she could expect it.
It didn’t just appear.!
Rachel knew at once, that it was the good Shepherd tending to her, with his rod and his staff, so that she may walk safely without falling into the valley.
Rachel saw and felt these miracles.
She bowed down with a grateful heart and a contrite spirit.
Once again, she remembered that story, where the Shepherd gave up his very life for his lost sheep.

Surely, she experienced the goodness and the grace of the Shepherd which kept her safe and secure. Rachel found that secret place.

She invites you too!

Come.
Commune with the good Shepherd.! 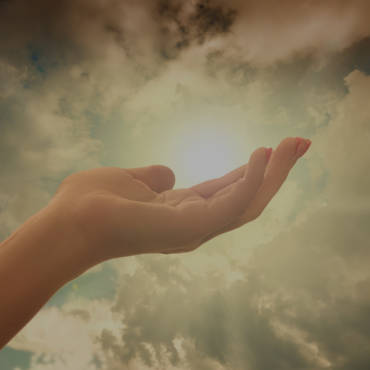 Once upon a time..